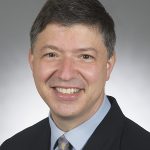 I became a rabbi because I believe that the stories and wisdom of our tradition can guide our lives. I experience God in the beauty of nature and in the meeting of others. I believe we need to be part of a community. That we need a vehicle/home for our personal exploration, spiritual life, and engagement in the world. A community where members are empowered to be each other’s angels. A space were we can reflect on where we have come from, where we are, and where we hope to go. For me, Judaism can help us discover the meaning of our lives. I look to help others study, reflect, and work together to repair our world. I love CBI because it is the space where you can meet your first friend, take your first sip of grape juice, introduce yourself to God, and where you will one day kibbutz with old friends, read the Torah, and say goodbye to old friends. I don’t have all the answers, I don’t think anyone does. But I do believe that together we can find them… I invite you to join me finding our way through this wilderness. If we haven’t sat down for a cup of hot chocolate, I would love to. May we be each other’s angels. I look forward to spending time with you soon.

A favorite story: A man is lost in the woods and sees another man carrying a lantern. Excited at the prospect that this man might help him find his way out, he runs to him. But before he can ask for help, the man with the lantern asks him, if he knows his way out of these woods. The man grins and responds, I don’t know. But I know the way I came, and I know that with your light together we’ll find our way out. 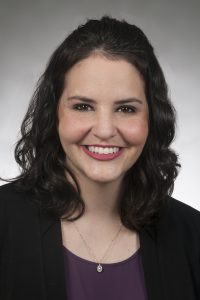 Rabbi Andi Fliegel joined Congregation Beth Israel in July of 2016. She was ordained in 2016 by the Hebrew Union College-Jewish Institute of Religion, where she earned Masters degrees in both Hebrew Literature and Religious Education. Since joining CBI, she implemented an ongoing mental health initiative and formed gender-based teen groups empowering teens to reject sexism and develop healthy peer relationships. She also started an annual retreat for 9th grade students to explore sex and sexuality from a Jewish perspective. She serves on the clergy leadership team of the Greater Hartford Interfaith Action Alliance and the board of the Connecticut branch of the Religious Coalition for Reproductive Choice. She is married to Rabbi Daniel Fliegel and is mom of Matan and Lilah.

Cantor Siskin’s voice has been heard all over the world – from her scholarship studies in Rome to her singing contract with the Royal Opera House in London, to the Israel National Opera, to the QE2 cruise ship, to being chosen as a finalist in an international vocalist competition held in Bulgaria. Yearning for more spiritual fulfillment, she decided to become a cantor and moved to the United States in 1985 to enroll at the Hebrew Union College. Upon graduation, Cantor Siskin became the cantor and educator for Temple Ner Tamid in Bloomfield, New Jersey, where she served until coming to Congregation Beth Israel in 1998.

Cantor Siskin introduced new religious, musical and pastoral programs at Beth Israel. She provided meaningful and uplifting musical offerings at Shabbat services and High Holy Days. Under her tutelage, the synagogue’s annual Purim Spiel was transformed into a much anticipated highlight of the year; and she produced a broad range of musical events, ranging from cabaret to opera to spiritual theater, featuring the congregation’s adult choir, youth chorus and instrumentalists.

In addition to her cantorial duties, Cantor Siskin directed the congregation’s religious school from 2003 – 2013, during which time she restructured the program and inspired students to find deep connections to Judaism. She also nurtured the synagogue’s Mitzvah Corps, a team of volunteers who assist those in need, and created SAGE, a well-loved arts and education program for the congregation’s seniors.

She was awarded a Doctor of Music, honoris causa from Hebrew Union College – Jewish Institute of Religion in 2014.

Cantor Siskin retired in June, 2016 and moved to Florida with her husband, Jerry. They have two children, Eve-Alice and Joel.

Rabbi Fuchs served as Senior Rabbi of Congregation Beth Israel from 1997-2011. Following his retirement from Beth Israel, he began an appointment as President of the World Union for Progressive Judaism (WUPJ). He traveled the world while serving in that role until October 2012.

Currently, Rabbi Fuchs writes and lectures extensively, both domestically and abroad. He has worked hard to convey that the essence of Jewish values are found in gemilut hasadim—concrete acts of caring and kindness that make a difference in the lives of others.

Rabbi Fuchs’ first book, What’s in it for Me? Finding Ourselves in Biblical Narratives, was published in 2014 and translated into German in 2015 and into Russian in 2016. His second book, ToraHighlights, a collection of short comments on each weekly Torah portion, is forthcoming in the fall of 2016 and will be published in both English and German.

In addition to his books, Rabbi Fuchs has published more than 100 articles, essays and book chapters on subjects pertaining to Jewish life and Jewish/Christian relations. Copies of his book and the sermons that he delivered while Senior Rabbi of Congregation Beth Israel are available in our Learning Center. You can read Rabbi Fuchs’s blog here and access his writings on ReformJudaism.org here.

Rabbi Fuchs is a graduate of Hamilton College and was ordained a rabbi at Hebrew Union College-Jewish Institute of Religion where he also received Bachelor and Master of Arts degrees in Hebrew Letters and a graduate certificate in Jewish Communal Studies. In 1992 Rabbi Fuchs earned a Doctor of Ministry degree in Biblical Interpretation from Vanderbilt University Divinity School, and in 1999 HUC-JIR awarded him an honorary Doctor of Divinity.

Prior to his service at Beth Israel, Rabbi Fuchs was Senior Rabbi at The Temple Congregation Ohabai Sholom in Nashville, Tennessee for 11 years, and was the first full-time spiritual leader at Temple Isaiah in Columbia, Maryland, for 13 years.

He is a past chair of the Central Conference of American Rabbis Committee on inter-religious affairs. He participated in the historic meeting of Pope John Paul II with Jewish leaders in Miami, Florida, in 1987. Rabbi was also among 90 leaders invited to the White House for breakfast with President and Mrs. Clinton and Vice President and Mrs. Gore in 1993 and 1997.

Rabbi Fuchs was elected by the Central Conference of American Rabbis to serve on the National Commission on Social Action of Reform Judaism. He has also served on the Board of Directors of Foodshare, the regional food bank for Hartford and Tolland counties; the Hartford Rotary; and was an adjunct faculty member at the Hartford Seminary and Saint Joseph College.

Rabbi Fuchs had an instrumental role in ensuring the successful passage of SustiNet, legislation that ensures access to quality, affordable health care to Connecticut residents.

In the Spring of 2004, Rabbi Fuchs received the first annual Judaic Heritage award from the Charter Oak Cultural Center. In October 2006 he was awarded the “Legion of Honor” award by the Chapel of Four Chaplains. This is a national non-profit organization which gives this prestigious honor to those who exhibit outstanding volunteer service to one’s community and fellow human beings without regard for faith or race.