Organ Sounds is our popular concert series featuring our own Music Director Natasha Ulyanovsky on our historic Austin organ and special guest soloists. The concert series is supported by CBI congregants; organ music lovers who helped to completely restore our historic organ and wish to continue to keep this majestic instrument sound alive. All concerts are free and open to the public. 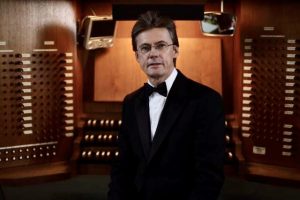 Virginius Barkauskas is a Lithuanian concert organist, church musician and pedagogue, a member of the American Guild of Organists, living in Long Island, New York. Currently he serves as the Director of Music at St. Elizabeth of Hungary Roman Catholic Church in Melville, NY.

Mr. Barkauskas completed a Master of Arts in Music and Liturgy with an emphasis on organ at St. Joseph College in Rensselaer, Indiana, where he had received a full scholarship by the United States Bishop’s Conference and studied under the renowned organist and composer Dr. Phillip Gehring. He also studied at the Lithuanian National Academy of Music in Vilnius, majoring in organ with Prof. Leopoldas Digrys and piano performance with Liana Baronaite. Additional studies with acclaimed organist and pianist Eduard Oganessian.

“…from the very first intricate sound of a composition by J.S. Bach to other famous French symphonic organ composers, one could only notice the illustration of the perfect technical nature which was needed to exhibit the colorful characteristic and the tenor of the complex organ music performance…” J. Kacinskas, the renowned composer and former professor of Berklee College of Music, wrote after hearing Mr. Barkauskas perform in the Baltic Concert Series at the First & Second Church in Boston, MA.

As an organ soloist, Mr. Barkauskas has performed at Alice Tully Hall – Lincoln Center, New York, the National Philharmonic Hall in Vilnius, Lithuania, the Cathedral of Mary Our Queen in Baltimore, MD, St. Mary’s Cathedral in San Francisco, CA, the Cathedral of Saint Joseph, in Hartford, CT, St. Joseph’s College in Rensselaer, IN, Valparaiso University in Valparaiso, IN, the Riga Dome in Riga, Latvia and others.  In 2010, 2015, 2016 and 2019, Mr. Barkauskas participated at the international festivals in Lithuania, performing at the Arch-Cathedral Basilica in Vilnius and the St. Michael the Archangel Church in Kaunas and throughout the country, where he performed as a soloist and in ensemble with the leading artists.

In 2018 and 2019, Mr. Barkauskas participated in the Organ Concert series throughout the Cathedrals of the USA and Canada. The venues included  St. Patrick’s Cathedral in New York, NY, St. Paul Cathedral in Pittsburgh, PA the Incarnation Cathedral in Garden City, NY, St. Joseph’s Cathedral in Hartford, CT, The Boardwalk Hall Auditorium Atlantic City, NJ on the Midmer-Losh organ, the largest instrument in the world, St. Joseph’s Oratory in Montreal, Canada and his return performances at the Washington National Cathedral and the Basilica of the National Shrine of the Immaculate Conception in Washington, DC.

In 2020, among others, some of the engagements included a concert at the Lithuanian National Philharmonic Hall in Vilnius, where Mr. Barkauskas performed as the soloist of Poulenc’s Organ Concerto with the “Musica Humana”, Chamber Ensemble of the Lithuanian National Philharmonic Society. In July completed a three-recital concert tour in Germany, where he performed at the Frauenkirche Dresden, Cathedral of St. Petri in Bautzen and St. Petri church in Rochlitz.

In 2021, among others, recitals include at the Basilica of the National Shrine of the Immaculate Conception in Washington, DC and St. Elizabeth of Hungary church in Melville, NY.

We look forward to welcoming you for a wonderful evening of music!

The Birk and Hoke Duo (Eric Birk and Bernadette Hoke) have been performing as a keyboard duo since 1995, engaging audiences and critics alike with their impressive ensemble and expressive artistry. The husband and wife duo “played with a pleasing precision that never impinged upon fluid ease” in their Weill Hall debut recital, according to New York Concert Review. Specializing in duet repertoire for four hands at one piano, four hands (and two or four feet) at the organ, and duos for organ and piano,  Birk & Hoke have appeared on concert series in New York, New Jersey, Connecticut, Pennsylvania and Texas. In the New York City area, they have performed on the Noonday Concert Series in St. Paul’s Chapel, the Friends and Enemies of New Music series, St. Paul’s Festival of the Arts in Nyack, New York, and at the Center for Chamber Music in Greenwich, Connecticut.  In the autumn of 2008 they were the featured pianists in a concert at the Jewish Museum entitled, “Bernstein:  A Jewish Legacy”.  This concert was part of the New York City celebration, Bernstein: The Best of All Possible Worlds.  They recorded Bernstein’s Bridal Suite for LeonardBernstein.com.  During the 2008-2009 season, the duo performed the Brahms Liebeslieder Waltzes with the Transfiguration Choir and Camerata of NYC.

As Chamber Music Award Winners of the 28th annual Artist International Auditions, they were presented in a sold- out debut recital in Weill Hall at Carnegie Hall during the 2000-2001 season. On that program, they performed the U.S. premiere of the “Silent Flickers” by New York composer Jack Gottlieb. The duo was re-engaged by Artists International to perform in Merkin Hall, New York City in 2002 as part of the Artists International Alumni Winners Series. Birk & Hoke have performed organ and piano recitals in the New York City area for the Noon-Day Concerts, at the United Church in Bridgeport, CT, the New York City Chapter AGO members recital, the Flatbush-Tompkins Congregational Church for a Gala Benefit concert, and for the Brooklyn Wednesday Music Club.  The duo has also performed as guest artists at the Baylor University Midwinter Organ Conference, at Brick Presbyterian Church, and other concert series in the New York metropolitan area.

Michelle Horsley is the Director of Music at Trinity Episcopal Church in Hartford as well as Director for The Choir School of Hartford, an RSCM choral program for children aged 8-18. Michelle also serves as the Dean of the Greater Hartford Chapter of the American Guild of Organists. She holds degrees in Organ Performance (BM) and Sacred Music (MM) from Stetson University and Duquesne University where she studied with Boyd Jones and Ann Labounsky, respectively. Michelle frequently concertizes and leads workshops in New England and she resides in Hartford’s West End. More information about Michelle can be found at www.MichelleHorsley.com.

Dr. Monika Krajewska is an accomplished and exceptionally versatile artist. Praised by the New York Times for her “rich and strong tone that expresses not only beauty, but a luminous sense of peace and comfort,” she has performed as Soloist at the prestigious Carnegie Hall on many occasions. Ms. Krajewska has appeared with opera companies and in festivals around the world performing under the batons of renowned conductors, including; Alberto Zedda, Anton Guadagno, Will Crutchfield, Bruno Aprea, and Keri-Lynn Wilson. Her signature roles include Carmen, Rosina (Il Barbiere di Siviglia), Cenerentola (La Cenerentola), Charlotte (Werther), Princess Marina (Boris Godunov), and Olga (Eugenie Onegin). She is a winner of the prestigious Giuseppe Verdi Prize at the International Palm Beach Opera Competition and a winner of the International Rosa Ponselle Competition and Sembrich Kochanska International Competition of New York.

Ms. Krajewska holds a M.M. degree from Yale University, a B.M. degree from the University of Connecticut and a Doctoral Degree from the Paderewski Music Academy (Poland), as well as a music diploma from the Liszt Conservatory of Music in Weimar (Germany). She has released CDs of “Russian Romances and Encores”, “Favorite Arias and Songs”, and recently “Music for the Jewish Soul”. She is the featured artist on the recording with Strings of Lodz and Vox Singers that will be released this summer. Her recent performances include Princess Marina in Boris Godunov with the Anchorage Symphony and recitals of Russian romances at the New York Bard Summer Music Festival.

Ms. Krajewska is a co-founder of Connecticut Lyric Opera, Alla Breve Opera and IMA Institute. For her outstanding contribution to the arts and community, she was honored by Immigrant and Refugee Coalition and was named “The Immigrant of the Year” in 2015.

Past Organ Sounds Concerts include:

Our sanctuary includes a historic Austin Organ with 3,000 pipes, 93 stops, and two expression engines, enabling a wide spectrum of sound colors. You can hear the organ at traditional High Holy Day services, festival services, and in our Organ Sounds concert series. 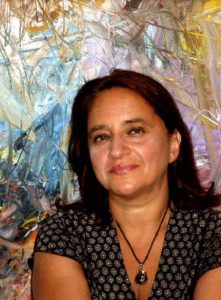 Natasha Ulyanovsky is a pianist, organist and vocal coach and a graduate of Odessa Conservatory, of the former U.S.S.R. She continued her musical studies with L. Roizman at the Moscow Conservatory, L. Kramer in Germany and J. Dalton at the Queen’s College, Oxford. Before emigrating from the U.S.S.R. in 1989 she was an orchestra artist and vocal coach at the Odessa Opera House and concert pianist and organist with Moscow Soyuzconcert (the state concert management for professional musicians), performing worldwide. She released two recordings on Melodia label and earned the title of Honored Artist of Abkhazian Republic in 1988. She performed in Hungary, Italy, Russia, Ukraine, Georgia, Armenia, Lithuania, Latvia, Israel, Poland, Germany and throughout New England. In 2004 she appeared in the program Two Nations-One Love at Carnegie Hall. She has taught music at the Hartt School of Music and at Central Connecticut State University. She is currently the Music Director at Congregation Beth Israel and St.Brigid Catholic Church in West Hartford, CT. 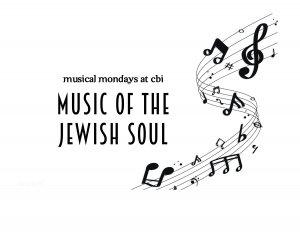 Congregation Beth Israel is delighted to present this series of concerts of inspiring and uplifting music to listen to in your home.

September 14
Prepare for the Shofar Sound with the Music of Louis Lewandowski (1821-1894)
showcasing the talents of CBI Music Director Natasha Ulyanovsky on the synagogue’s historic 1934 Austin organ.
Click HERE to listen.

August 3, 2020
Music for Organ & Strings
featuring Peter Dzialo on cello and our own Musical Director Natasha Ulyanovsky on organ.
Enjoy the concert. 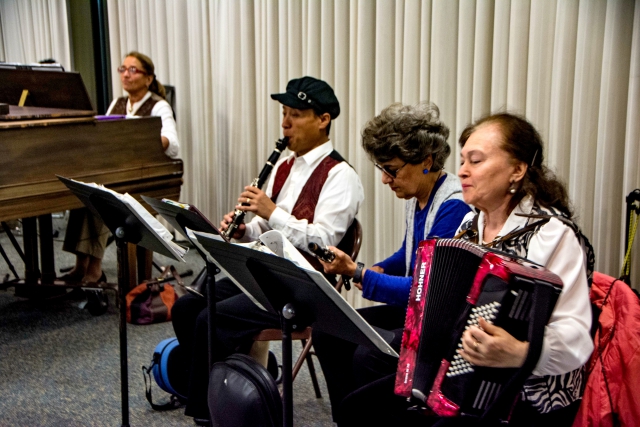 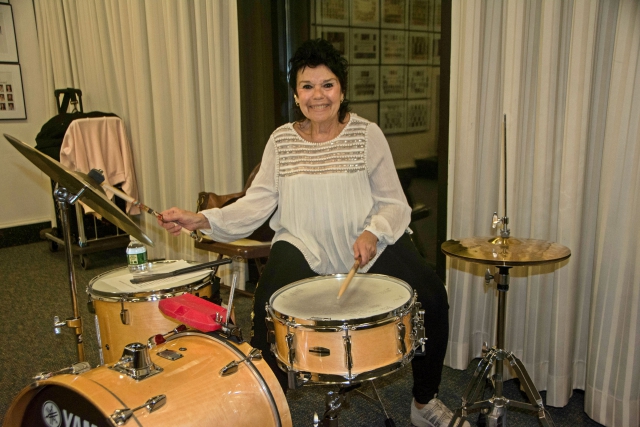 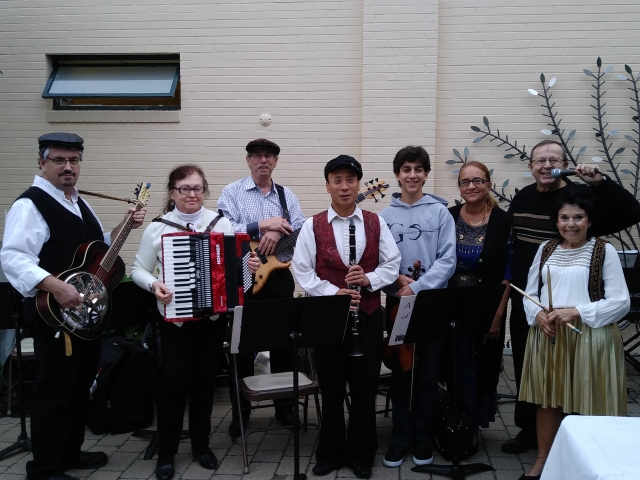 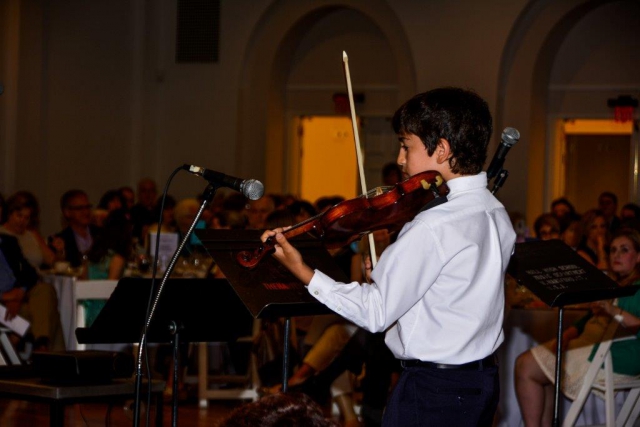 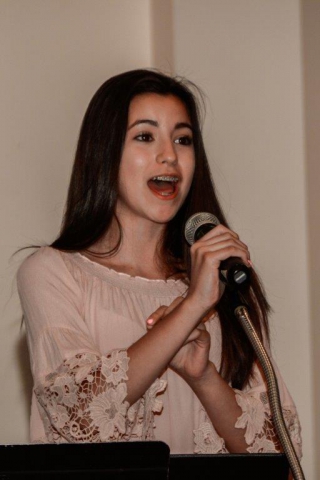 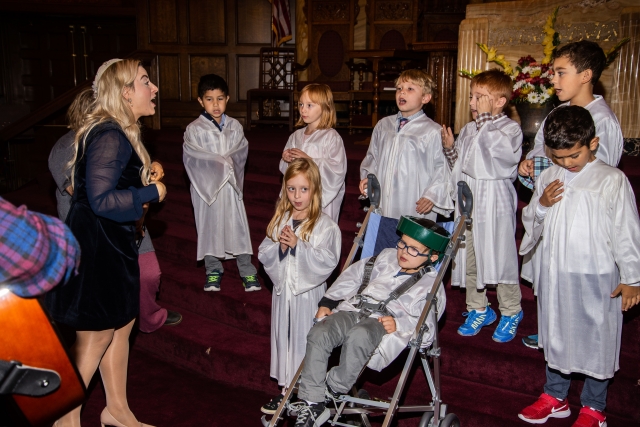